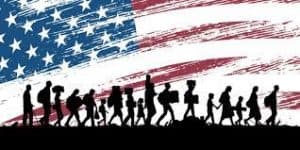 Ways That Immigrants Get In Trouble

Numerous individuals wind up in immigration court as a result of immigration infractions. Let us look into a few examples. Suppose you’re a student attending university on a student visa (F-1). If you are taking a full academic course, but then stop attending the classes, the educational institution must notify ICE. Representatives from Immigration and Customs Enforcement (ICE) will come looking for you and arrest you for failing to maintain your student status. One more fairly common illustration is people that stay longer than their visa allows and commence employment without having authorization. Maybe you came to the United States on holiday from England. Once here in America, you don’t want to return home and you subsequently use up all your money. So, you overstay your visa and find a job in a cafe. If you were unfortunate enough to get pulled up for speeding, the police man might speak to ICE to check on your immigration status. The ICE (Immigration and Customs Enforcement) official would soon establish that you are an over stay and that you had entered employment. As before, the Immigration and Customs Enforcement (ICE) officer will charge you for not maintaining your status, and also for working without authorization.

In both cases, after being arrested you’ll be processed through the immigration system. Currently, it means that after being arrested you will be taken to a detention center run by ICE (Immigration and Customs Enforcement) and kept there. Immigration violators are usually transferred to such detention centers because they contain the immigration courts. This means that you’ll have a hearing on your case without even having to leave the detention facility. Among the first things that you can ask for is bond, so you can get out of the detention facility. A professional immigration attorney can help organize and submit a request for bond to get you out. Should you be successful in obtaining bond, you’ll be able to go back home. Your immigration attorney could file a request on your behalf, to change your court hearing location. If this happens to be successful, you should then be able to appear in an immigration court closer to where you live. Your immigration attorney can assist you with the best defense, and be on hand to help you at subsequent hearings in immigration court.

Criminal Convictions and Their Impact

Besides immigration infractions, people on visas or green card holders can face issues for committing criminal offenses. A number of criminal offenses have immigration repercussions far beyond the criminal sentence itself. For instance, do you realize that a crime like shoplifting is regarded a crime of moral turpitude? If you have two or more of what immigration law sees as crimes of moral turpitude, you will be subject to removal from the States. This even happens to lawful permanent residents. Certain criminal acts cause predicaments for folks who’re on what are known as non-immigrant green cards. The most familiar one is a driving offense that is alcohol related. As an example, if you are on an H-1B visa and you’re convicted of driving while intoxicated, the consulate that issued it could revoke it. You’ll then have to leave the US and re-apply for your H-1B visa in order to return.

Once you realize the connection between criminal convictions and immigration troubles, you can see why if you are in the US on a visa or as an immigrant you need to hire an immigration attorney when you face criminal charges. A trained immigration attorney can work together with your defense attorney to help develop a plea bargain which should provide you with the best possible chance of preserving your current status of immigration. This assistance can help to save you from arrest and appearing in immigration court.

If it is not feasible to to successfully craft plea before a guilty plea, a professional immigration attorney will help you if you are arrested by ICE and placed in immigration proceedings. LPR visa holders, can request removal relief while in immigration court. Putting forward such a request is complicated and needs a good deal of evidence and facts. Although, a request prepared properly prevents ICE removing you from the States.

With information about how you can soon get into immigration trouble in America, and the subsequent implications, you will realize just how serious to you it can be. Exactly who would want to be arrested by ICE and sent god knows how far to a detention center/prison, pending a hearing for bond? Now you realize the issues, you can see why it is important to get a good immigration attorney to minimize the immigration issues.